This year sees the 125th anniversary of ŠKODA. This week we look some of the innovations and changes in direction as ŠKODA entered the 21st century.

The fall of the Iron Curtain in 1989 led to fundamental social changes, and Czechoslovakia’s centrally managed command economy became a thing of the past. The difficult process of privatisation got underway. In the first phase the state, as the owner, launched the transformation of the company into a public company, to be bolstered by a strong strategic partner. The best bid, which guaranteed the preservation of the traditional Czech ŠKODA marque and its own development department, came from Volkswagen, which was then the biggest automobile manufacturer in Europe. The agreement was finally signed on 16 April 1991. Over the following nine years, Volkswagen came to hold a 100% stake in the firm. By then, ŠKODA was already manufacturing more than 2.5 times the production volume from the pre-privatisation era.

ŠKODA responded to the growing popularity of sports utility vehicles, known as SUVs, by developing the excellent and successful YETI model in spring 2009. In construction terms it was based on the popular OCTAVIA line, or more precisely on the raised-height outdoor OCTAVIA SCOUT chassis platform. The YETI’s success was followed up by other SUVs bearing the winged arrow logo: the ŠKODA KODIAQ (2016), KAROQ (2017) and KAMIQ (2018). When making SUVs, ŠKODA could draw on years of experience – back in 1966 it took part in a project initiated by its representative in New Zealand, gave rise to the rugged and robust TREKKA, based on the OCTAVIA Super of the time.

2016 From analogue technologies to digitisation

ŠKODA is the Simply Clever Company for best mobility solutions. It is pressing ahead with the digital transformation across the entire business at full speed, intensifying our efforts in Industry 4.0 and connected vehicles. At the same time, ŠKODA is opening up to collaborating with cities with regard to smart mobility as well as micromobility. That is the reason why ŠKODA established ŠKODA AUTO DigiLabs. These creativity hubs based in Prague, Beijing, Tel Aviv and Pune in India are flexible platforms which research and develop new business models and mobility solutions. Collaborating with promising start-ups, ŠKODA AUTO DigiLab developed for example the Citymove app or the car-sharing project HoppyGo or the scooter-sharing platform BeRider. Digitisation also represents a change in culture throughout ŠKODA, so it involves more than “just” the digitisation of the actual production process, with increasing use of automation and artificial intelligence. ŠKODA is transforming itself from a mass producer of automobiles into a provider of comprehensive mobility services.

2019 From combustion engines to plug-in hybrids and electric vehicles

In Mladá Boleslav, the tradition of developing and manufacturing combustion engines stretches all the way back to 1899. The original fuel – petrol – was gradually joined by diesel, and even wood gas and coal gas, while the modern era has seen the addition of LPG and compressed natural gas, known as CNG, as alternative fuels. In 2019 ŠKODA entered the era of eMobility – a very special event in the history of the company. The launch of the SUPERB iV and CITIGOe iV marked the start and we are now gradually electrifying our entire model line-up. The new OCTAVIA including plug-in-hybrid version followed and celebrated its world premiere in November 2019. In 2020, ŠKODA will present the first all-electric model based on the MEB platformof the Volkswagen Group, the ŠKODA ENYAQ. In total more than ten electrified ŠKODA models will be introduced between 2019 and the end of 2022. Under the iV sub-brand, ŠKODA develops a complete ecosystem around the car for the customers: providing them with an intelligent search function to find charging stations, wall boxes for convenient charging at home and the ŠKODA e-Charge Card for easily recharging their cars on the road.

Here's to another 125 years of automotive innovation and excellence in a 'simply clever' way. 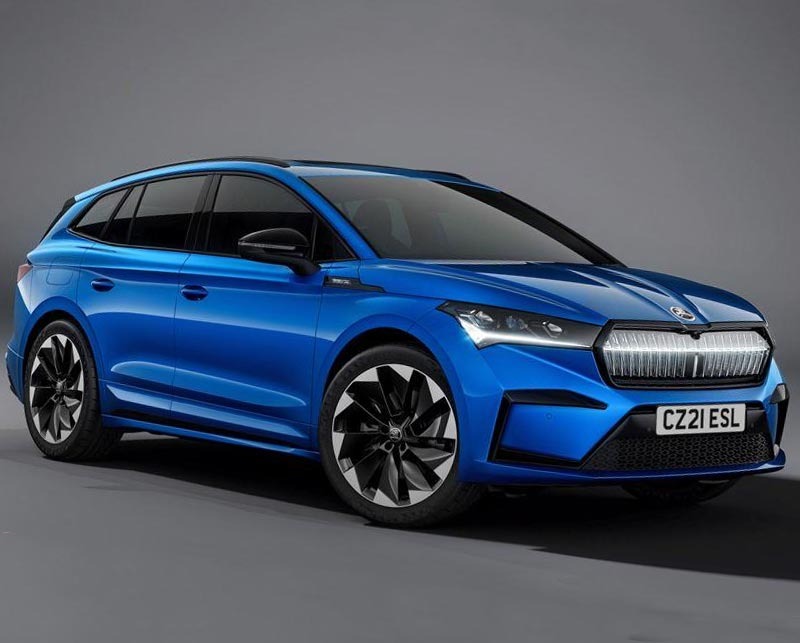