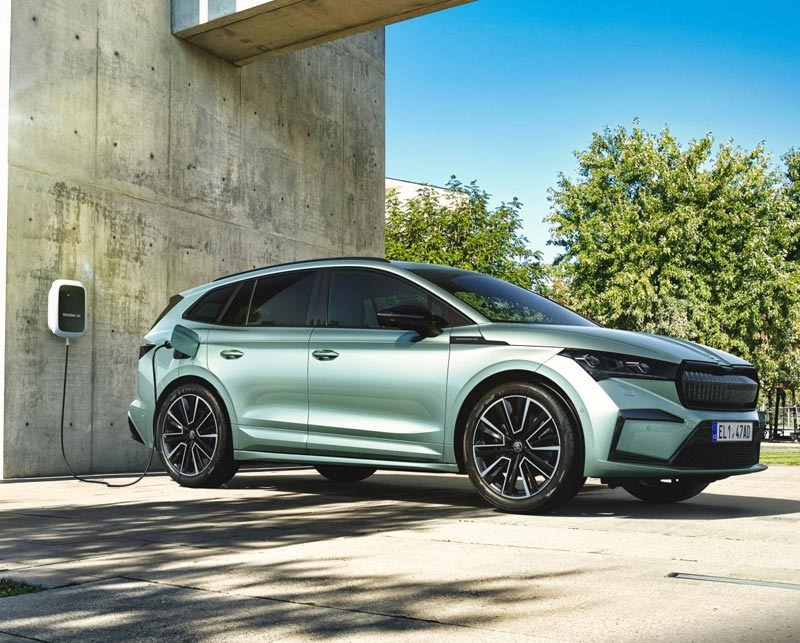 Are electric cars more environmentally friendly than cars with an internal combustion engine?

“First and foremost, electric cars do not produce any local CO2 emissions and so they contribute to cleaner air in city centres. However, operating electric cars is as ecological as the production of electricity in a given country. Although the differences in this respect are tremendous, the pressure to increase the use of renewable resources is growing everywhere, and in many countries, green energy already has a larger share than the one made from fossil fuels,” says Petr Konopka from Model Line MEB team.

Doesn’t the battery capacity decrease significantly during the e-car’s lifecycle?

“Sure, to a certain degree. In the case of the CITIGOe iV and ENYAQ iV vehicles, however, we can guarantee our customers that a minimum of 70 per cent battery capacity will remain available for eight years or up to 160,000 km,” explains Jan Špatný from eMobility team.

With electric cars drivers will save money on traditional servicing. Regular exchanges of fuel filters and valve operating gear will no longer be required. Even the brakes have a longer service life. Jan Špatný - eMobility team

Is maintaining and servicing an e-car not expensive and difficult?

“On the contrary, drivers will save money on traditional servicing. Regular exchanges of fuel filters and valve operating gear will no longer be required. Even the brakes have a longer service life, as most of the braking torque is provided by the engine recovery system. Of course, this doesn’t mean that the e-car user can avoid regular service inspections. The intervals are similar to those of conventional drive cars, but the work will be faster and cheaper,” adds eMobility specialist Špatný.

What about charging points? Aren’t they few and far between?

How about the risk of a battery fire?

“Tests carried out by the German ADAC car club revealed that the risk is definitely not higher than for classical combustion engine cars. The electric car has a system that disconnects the battery in the event of an accident. If a fire still occurs, other extinguishing procedures are needed. Rescue services have already developed reliable procedures. If the vehicle catches fire, it is extinguished and cooled with a mixture of water and wetting agent. Furthermore, a special extinguishing wetting agent for traction batteries is being developed which won’t trigger off a chemical reaction entailing hazardous substances,” adds Zbyšek Orzech from ŠKODA Fire Service.

From the initial development stage of ŠKODA iV electric cars,…