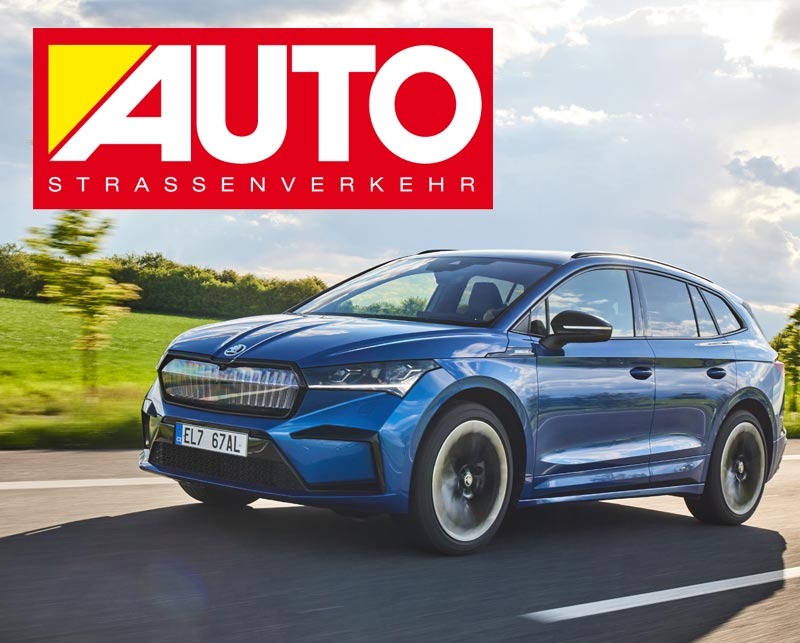 A “six-pack” for ŠKODA at the “Family Cars of the Year” poll: the new all-electric ŠKODA ENYAQ iV SUV and the ŠKODA SUPERB COMBI earned the Czech car manufacturer no fewer than six titles in this year’s readers’ choice awards from German car magazine AUTO Straßenverkehr. No other car maker proved as popular with the 11,500 poll participants as ŠKODA AUTO. The ŠKODA ENYAQ iV took the import as well as the overall title in the “Best Technology” category in the price bracket up to 25,000 euros and in addition won the import title in the “Best Design” category. The ŠKODA SUPERB COMBI also garnered three awards in the 25,000 to 35,000 euro segment: it was judged to deliver the “Best Value for Money” in the import and overall rankings and beat its competitors to win the import title for “Best Technology”. This means ŠKODA has now received a total of 40 awards in this German car magazine’s readers’ poll.

Martin Jahn, ŠKODA AUTO Board Member for Sales and Marketing, says: “The qualities of our vehicles such as outstanding spaciousness make them ideal companions in families’ everyday lives. So we’re very happy that the readers of AUTO Straßenverkehr voted us into first place six times in the ‘Family Cars of the Year’ poll – this success is a great validation of our work. And these awards show that our new, purely battery-electric ENYAQ iV flagship once again embodies the typical ŠKODA virtues that people love.”

Only estate cars, SUVs and MPVs that offer at least 400 litres of boot space are eligible for the “Family Cars of the Year” readers’ poll. This year, there were 124 models in three different price segments to choose from. For each segment, one overall and one import winner were chosen in the categories Design, Technology and Value for Money. In what was the tenth edition of the poll, AUTO Straßenverkehr readers were able to vote for their favourites from 31 March to 25 June 2021.

The all-electric ŠKODA ENYAQ iV made its readers’ choice debut in the price segment up to 25,000 euros. As with all electric vehicles, AUTO Straßenverkehr looked at the price of the ENYAQ iV after deducting the federal government’s environmental subsidy. The Czech car maker’s new flagship model proved an instant success: in the “Best Technology” category, the participants voted it into first place among import vehicles as well as in the overall ranking. It also took the “Best Design” title among import vehicles. The spacious ŠKODA SUPERB COMBI likewise received three awards in the 25,000 to 35,000 euro price segment: as the import and overall winner in the “Best Value for Money” category and as the most popular import vehicle in the “Best Technology” category.

With the six awards won this year, ŠKODA continues its success story in this readers’ poll first held in 2011. The Czech manufacturer has now collected a total of 40 titles in this event. All ŠKODA models impress with their outstanding spaciousness – making them ideal for family holidays and the big weekly shop. Hallmark Simply Clever details are there to make everyday life on the road easier: they range from practical hooks to secure shopping bags to numerous storage compartments for snacks, keys and children’s toys. The volume of the luggage compartment can be expanded as necessary by folding down the seats. Another important consideration for families is active and passive safety. ŠKODA models regularly score top marks in the Euro NCAP test, the benchmark test for crash safety. The ENYAQ iV was the most recent example, continuing the string of five-star results for ŠKODA.