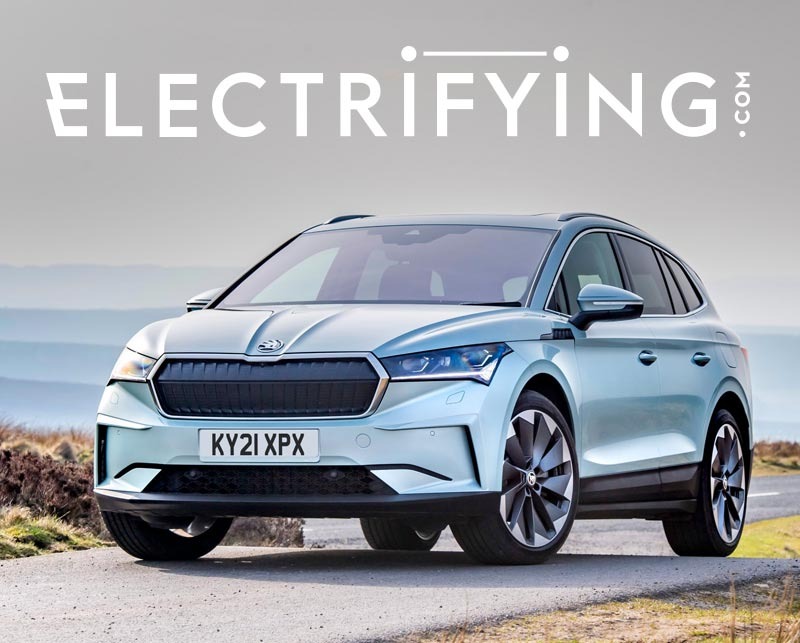 The new ŠKODA Enyaq iV – the brand’s first ever purpose-built pure electric car – has started its trophy collection by scoring a major category victory at the 2021 electrifying.com awards.

The electric car review and advice site named the new Enyaq iV as the Best Family Car 2021, with the judges praising the newcomer’s practicality and design. Commenting on the award, electrifying.com founder Ginny Buckley said: “We’ve had more questions from readers about this car than any other over the past year. Real people are thinking it could be the right car for them. Having driven the car on UK roads, we don’t think they’ll be disappointed.”

Fellow judge Tom Ford added: “With a range of battery and options to suit, the Enyaq iV is one of the biggest surprises of the year, distilling ŠKODA’s best attributes into a vehicle that’s as comprehensive for a family car as you’re likely to find. If this is what the future of family motoring looks like, we’re all for it.”

The Enyaq iV marks the start of a new era for ŠKODA, and will spearhead a new range of all-electric models over coming years. Available from launch with two battery pack options (62kWh and 82kWh*) and a completely new range structure that allows customers to choose between five striking interior Design Selections, the Enyaq iV offers a WLTP driving range of up to 333 miles on a charge. In addition to the standard Enyaq iV 60 Nav and Enyaq iV 80 models, customers can also specify a SportLine version from launch. Four-wheel drive models are set to join the line-up later this year.

The Enyaq iV is available to order now, with first UK deliveries starting in July.