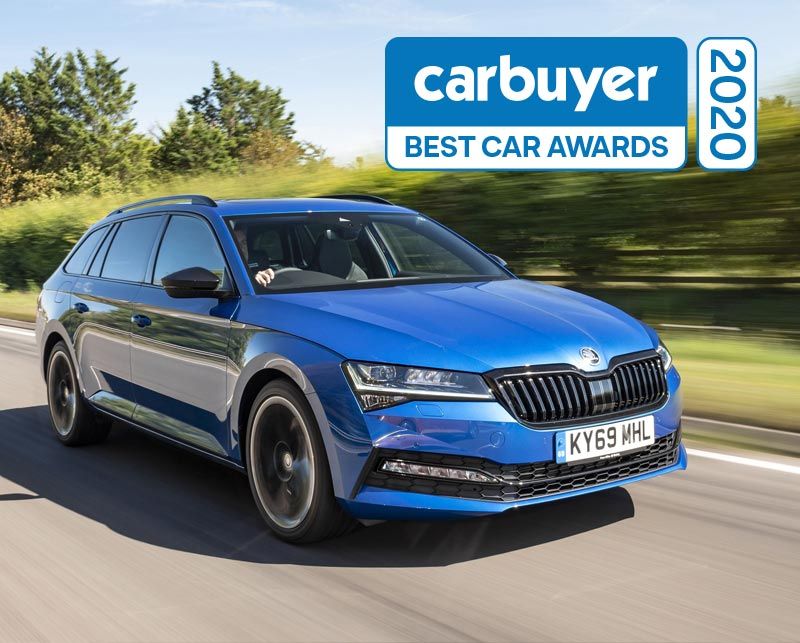 ŠKODA is rounding off another remarkable year for awards silverware with a haul of five Carbuyer Car of the Year titles. The Czech brand comfortably won more awards than any other brand - even outscoring its previous best performance of three awards last year.

ŠKODA’s remarkable haul of awards includes two best in sector titles for the brand’s latest arrivals; the new Scala, which was launched in July, and the Kamiq, which arrived in retailers last month. The Scala recorded a dominant victory in the fiercely competitive Family Car class, with the Carbuyer judging panel praising the newcomer’s incredible value for money. Commenting on the win, James Batchelor, Editor-at-large and Head of Motoring Video at Carbuyer said: "If you're looking for incredible value, the Scala offers all the infotainment, safety and convenience features families want, at a lower price than most rivals. Comfort and grown-up driving manners make the Scala easy to live with every day.”

ŠKODA’s other new arrival, the Kamiq city SUV, also took top honours in a sector of the market that has seen a host of new arrivals in 2019. “Winning Best Small SUV 2020 is no mean feat for the Kamiq, as rivals flood the market to hoover up keen buyers.” Explained James Batchelor. “Simply a great all-rounder, the Kamiq offers good looks, low running costs and lots of equipment for a sensible price, and it's a step-up in practicality from most hatchbacks.”

The Superb, which received a significant design and engineering update in 2019, won two awards, with the hatch scooping the Best Large Family Car title and the Estate named Best Estate Car. Both models were praised for their practicality and quality feel, with James Batchelor adding: “Superb buyers will find it hard not to smile at just how much space and kit you get for your money. The desirable and relaxing Superb not only takes Carbuyer's Best Large Family Car award for 2020, but it's one of the best cars on sale.”

Explaining why the Superb Estate proved unbeatable for a second year in a row, James Batchelor said: “The perfect SUV-alternative; the Superb Estate is a classy, well-designed car with limo-like interior space and the biggest boot in its class. Another Best Estate Car gong for 2020 proves no rival has managed to get close...yet."

Not to be outshone by its newer and bigger stablemates, the Citigo also repeated its performance of a year ago with back-to-back victories in the Best City Car category. While the petrol-powered model is set to make way for the new CITIGOe iV electric version, the Carbuyer judges were won over by the Citigo’s clever design. "Despite numerous excellent rivals, the Citigo has again held onto its status at the top of the city car class.” Commented James Batchelor. “No other model offers the same blend of big-car feel and value. It's our Best City Car for 2020.”

The latest Carbuyer awards are the latest in a remarkable haul for ŠKODA in 2019. Across all models in the range, ŠKODA has been awarded more than 20 leading automotive industry titles - making the last 12 months the most successful period for the brand on record.