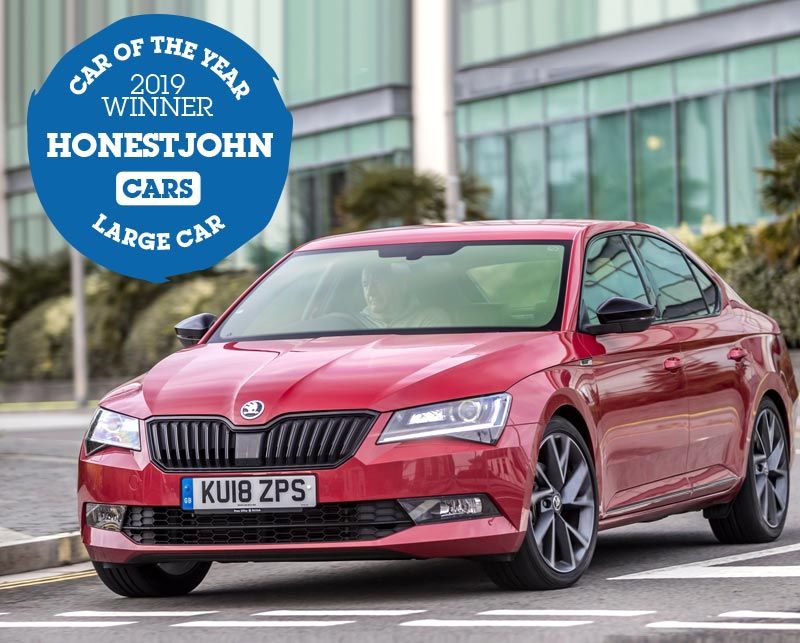 Once again the Kodiaq and Superb have proved themselves to be an unbeatable pair in the annual Honest John Awards. The Superb drove off with the Large Car award for the third year in a row, while the Kodiaq collected the SUV award for the second time.

Unlike other industry accolades, the Honest John Awards are chosen by website visitors, rather than a panel of journalists and experts. The winner is decided by the reviews that generate the most interest, judged by number of page visits. This provides an indication of cars that generate the most excitement from real buyers and enthusiasts.

The Superb completed a hat-trick of titles by taking the Best Large Car title. Commenting on its remarkable repeat win, Honest John Managing Editor Dan Powell said: “Superb in name and nature, the large and likeable ŠKODA completes a hat trick in 2019 by taking its third successive Honest John Award. Our readers clearly agree when we say the Skoda Superb is everything you could ever want from a large car, with its refined drive, comfortable cabin and low running costs making it a worthy winner.”

Launched in 2015, the Superb has won more than 40 motor industry awards to date, and continues to offer sector-best interior space, practicality, value for money and modern design.

The Kodiaq also proved unbeatable in the eyes of Honest John visitors, with page traffic proving enough to deliver back to back titles. The seven-seater SUV impressed with its remarkable practicality, style, quality, connectivity and value. Commenting on the Kodiaq’s repeat victory, Dan Powell said: “The Kodiaq is the UK’s number one SUV, thanks to its smart styling, strong engines and high quality interior. Seven-seat models provided unrivalled family-friendly SUV versatility, while the durable and comfortable cabin make the Kodiaq one of the most comfortable cars to while away the miles.”