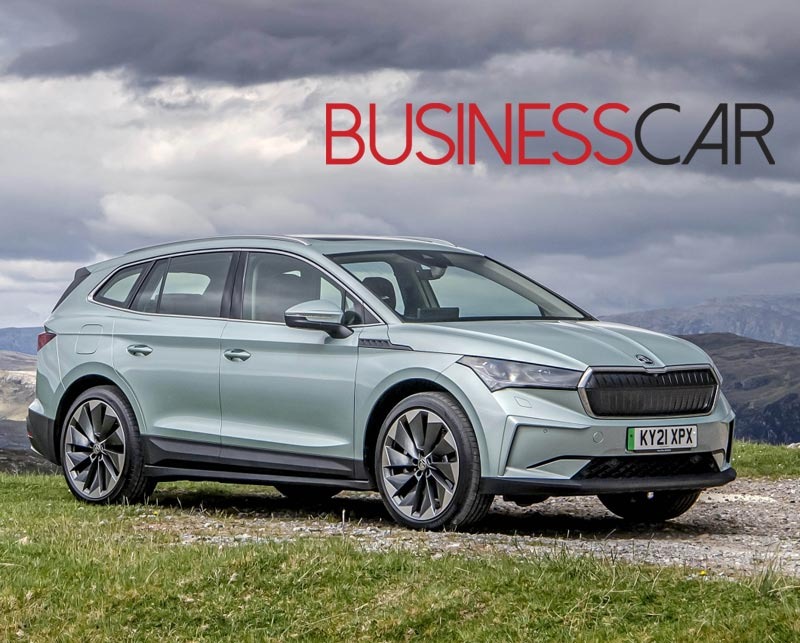 The influential industry title focusses on the needs of company car and fleet drivers and 2021 marks the first time a fully-electric car has been awarded its highest accolade. As in previous years, all shortlisted cars were assessed by a judging panel that took into account running costs, value for money and practicality. After the numbers were crunched, the Enyaq iV was a clear winner.

Commenting on the Enyaq iV’s victory, Martyn Collins, Editor of Business Car Magazine said: “The Enyaq iV is an EV that covers all the bases, impressing our judges with attributes such as a good electric driving range, quick charging capability, strong practicality, and an extensive list of standard equipment.”

“The first ever EV to win our overall top prize, the Enyaq is a car with the potential to be a real gamechanger for its maker in the fleet market, as well as being the obvious choice for those seeking a complete electric family car.” he added.

Although Enyaq deliveries to UK customers only started in late June, the Czech-built family SUV has now been named Car of the Year by three different industry titles. This remarkable performance highlights the Enyaq iV’s strength in depth and appeal to a broad range of buyers and drivers.

Designed from the ground up to deliver a completely new driving experience, the Enyaq iV is based on the Volkswagen Group’s modular electrification toolkit (MEB) and sets new benchmarks for space, technology and value. It also marks the start of the brand’s electromobility journey, paving the way for a new generation of all-electric ŠKODAs.

The Enyaq iV is the first fully-electric car to be built at ŠKODA’s main Mladá Boleslav factory and has enjoyed huge demand across Europe since its launch earlier this year. Available in the UK with two battery size options; 62kWh and 82kWh the Enyaq iV delivers a WLTP driving range of up to 331 miles and can be rapid DC charged to 80% in as little as 38 minutes.