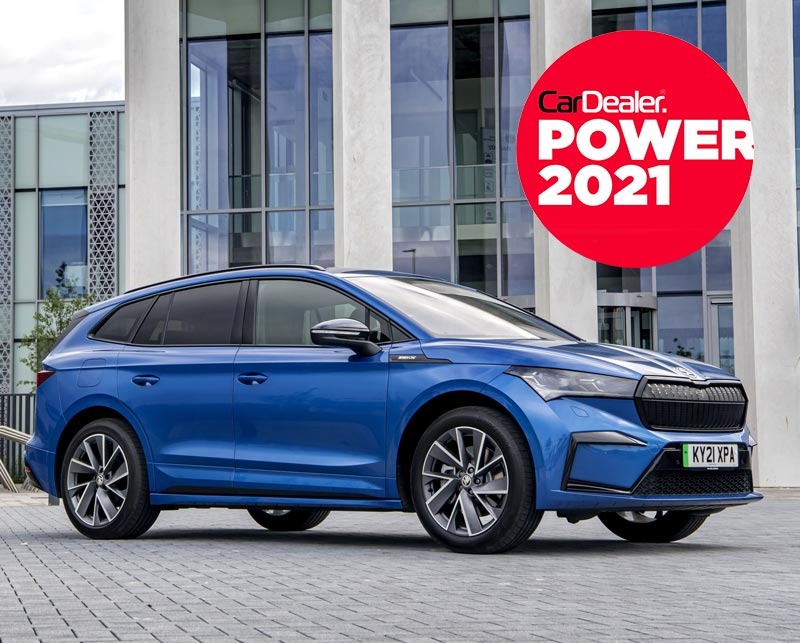 Škoda Enyaq iv Named Car of the Year by Dealers

ŠKODA’s first purpose-built electric car, the Enyaq iV, has added another industry title to its growing collection. The pioneering Czech SUV was named overall Car of the Year in the annual Car Dealer Power Awards, having been voted into the top spot by readers.

The annual Car Dealer Power awards collect the opinions of UK retailers and dealers on the best suppliers to do business with and the best car manufacturers to represent. In 2021, more than 2,500 dealers took part in the survey, with respondents also asked to nominate their car of the year regardless of the brand or company they work for.

While a number of electric cars appeared at the top of the poll, it was the Enyaq iV that recorded the most votes to take the overall victory. Commenting on ŠKODA’s win, James Baggott, founder of Car Dealer Magazine said: “The Enyaq iV fought off some stiff competition to win this title, and ŠKODA should be especially pleased as an impressive number of electric cars were singled out for praise in this year's Car Dealer Power awards.”

The Car Dealer Power title is the third major industry title to be awarded to the Enyaq iV in 2021. Although the car only arrived in the UK in June, it has already been named Car of the Year by Parkers, and Best Family Car by electrifying.com.

The ŠKODA Enyaq iV is one of the most significant new models ever introduced in the brand’s 126-year history. Fully electric and designed from the ground up to deliver a completely new driving experience, it sets new benchmarks for space, technology and value. Based on the Volkswagen Group’s modular electrification toolkit (MEB), the groundbreaking all-electric SUV marks the start of the brand’s electromobility journey, paving the way for a new generation of all-electric ŠKODAs.

The Enyaq iV is available with two battery size options; 62kWh and 82kWh and delivers a WLTP driving range of up to 331 miles. It can be rapid DC charged to 80% in as little as 38 minutes. The range has recently been expanded with the addition of two new models; the Enyaq iV 80x with four-wheel drive and a special, Founders Edition model that pays tribute to the brand’s founders, Václav Laurin and Václav Klement. Prices start from £32,010 OTR (including the Plug-in Vehicle grant).