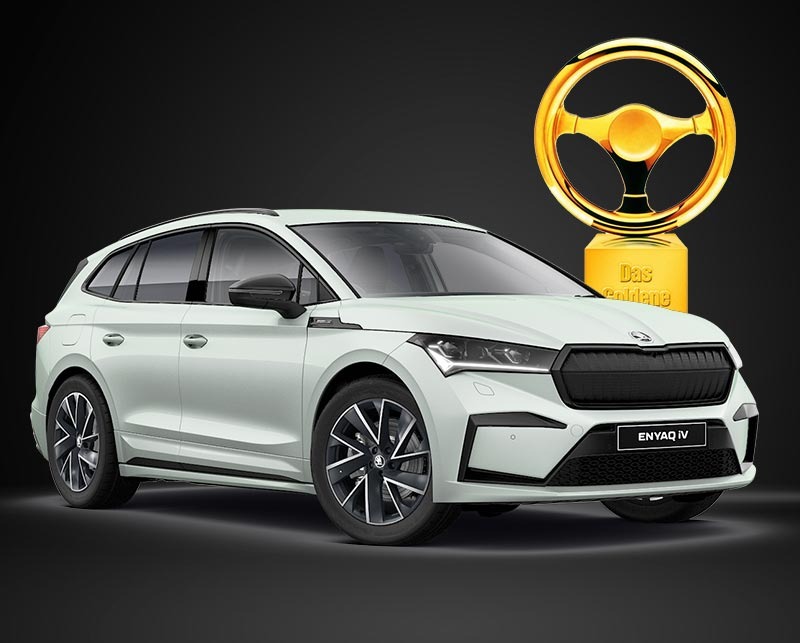 The Škoda Enyaq iV has scooped the coveted 2021 Golden Steering Wheel automotive award. Readers of the trade magazine Auto Bild and the newspaper Bild am Sonntag first selected the battery-electric SUV into the three finalists of the electric SUV category. Then, during test drives at the Lausitzring, the ENYAQ iV also won over the jury of experts, successfully beating its competitors with the best overall package.

“The Golden Steering Wheel 2021 for the ENYAQ iV shows that as a true ŠKODA, our all-electric flagship has won over the readers of Auto Bild and Bild am Sonntag as well as the expert jury. On behalf of all Škodians, I would like to thank you for this prestigious automotive award. One thing is clear: our ENYAQ iV is just the beginning, and we will be following up with more e-models very soon.”   Thomas Schäfer, ŠKODA AUTO CEO

In this year’s edition of the Golden Steering Wheel, which recognises the best automotive innovations of the past twelve months, readers could choose their favourites from a selection of 70 models. This was the first time the editors distinguished between vehicles with combustion engines and electric cars – for example, in the categories SUV and electric SUV. A total of twelve Golden Steering Wheels were awarded.

From a total of seven entrants, the readers of Auto Bild and Bild am Sonntag voted the ŠKODA ENYAQ iV into the finals along with two others in the electric SUV category. This meant that the battery-electric SUV qualified for the practical test at the Lausitzring at the beginning of October. The evaluators based their assessment of each new car on various criteria, including handling, spaciousness and all-round visibility. The jury concluded that the ENYAQ iV offers the best overall package in the electric SUV segment, outperforming the other two finalists.

ŠKODA’s first all-electric SUV sets the benchmark
The ENYAQ iV represents the Czech car manufacturer’s most significant step so far in implementing its electromobility strategy. It is the first ŠKODA production model to be based on the Volkswagen Group’s Modular Electrification Toolkit (MEB). The electric flagship of ŠKODA’s model range offers the generous space the brand is famous for and is also visually electrifying thanks to its emotive design language. In the interior, new Design Selections replace the conventional equipment lines, while a clearly laid-out new product range structure makes it possible to configure the ideal vehicle in just a few clicks. The ENYAQ iV is available with rear-wheel or all-wheel drive and boasts a range of over 500 kilometres1 in the WLTP cycle, making it the perfect companion on long journeys. 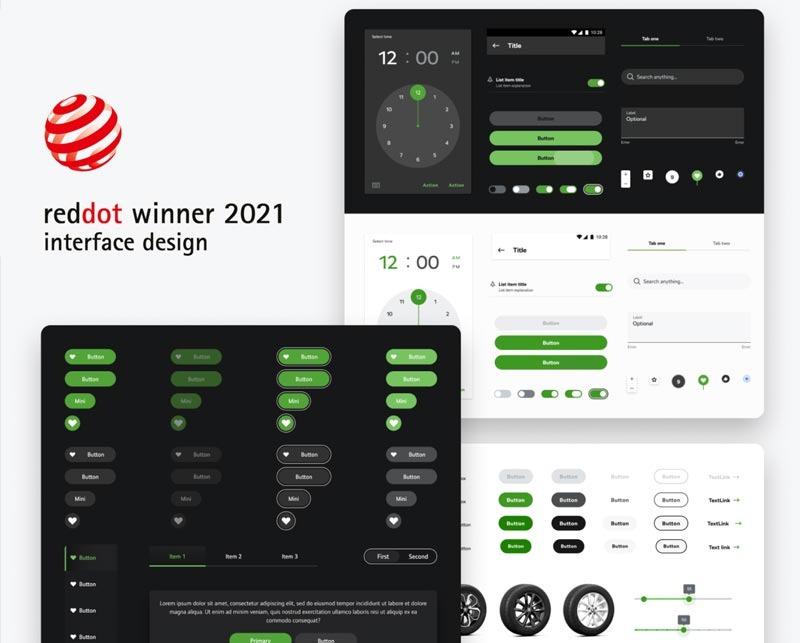