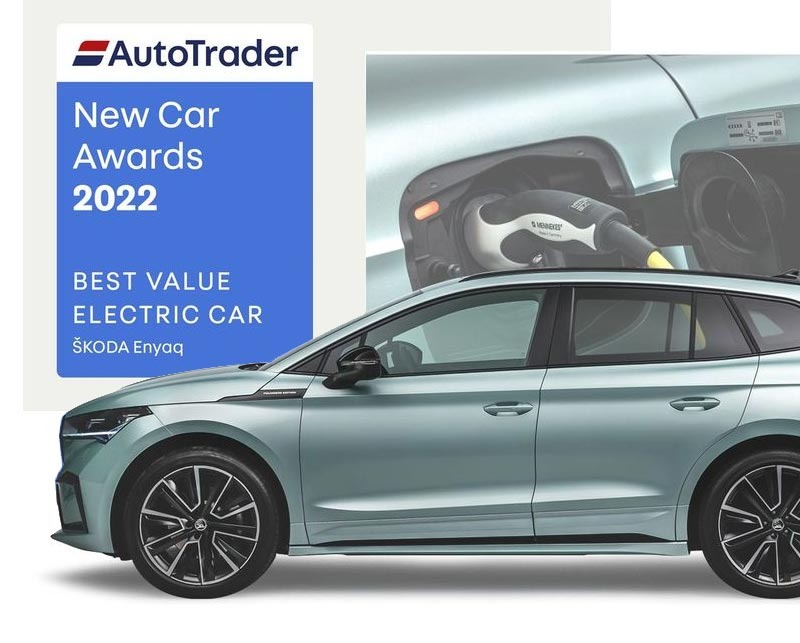 The ŠKODA ENYAQ iV has been named Best Value Electric Car by online car website Auto Trader - seeing off a host of big name rivals to take the top spot. The brand’s highly decorated electric SUV comfortably outscored the competition with its remarkable design and connectivity features. The annual awards which are voted for by UK car owners, also named the ŠKODA KODIAQ Best Car for Long Distances.

As in previous years, the 2022 Auto Trader New Car Awards were decided by more than 156,500 real car owners who voted for 19 of this year’s 22 categories. As a result, the winners represent the consumer champions of the new car market, based on the honest opinions of those who have bought, driven and lived with their new cars.

“When speaking about the car, owners told us that they were over the moon with their decision to buy one. Some commented on the money they've saved on servicing and fuel, which one consumer said almost covered the cost of the finance they are paying.”

Customers were asked to rate their cars across 16 different criteria, from reliability and performance to appearance and running costs. They were also asked about their overall satisfaction with their car and how likely they would be to recommend it to others.

Standing out against tough competition the ŠKODA KODIAQ was named Best Car for Long Distances. Baker commented on the win: “The ŠKODA KODIAQ gets high praise for having lots of space for people and luggage, as well as it’s drive and the quality of its interior.

“We received some brilliant feedback from owners who said the car was an excellent package. They commented on its ample accommodation and equipment, its good blend of performance and economy and finally that it’s comfortable and reliable.”