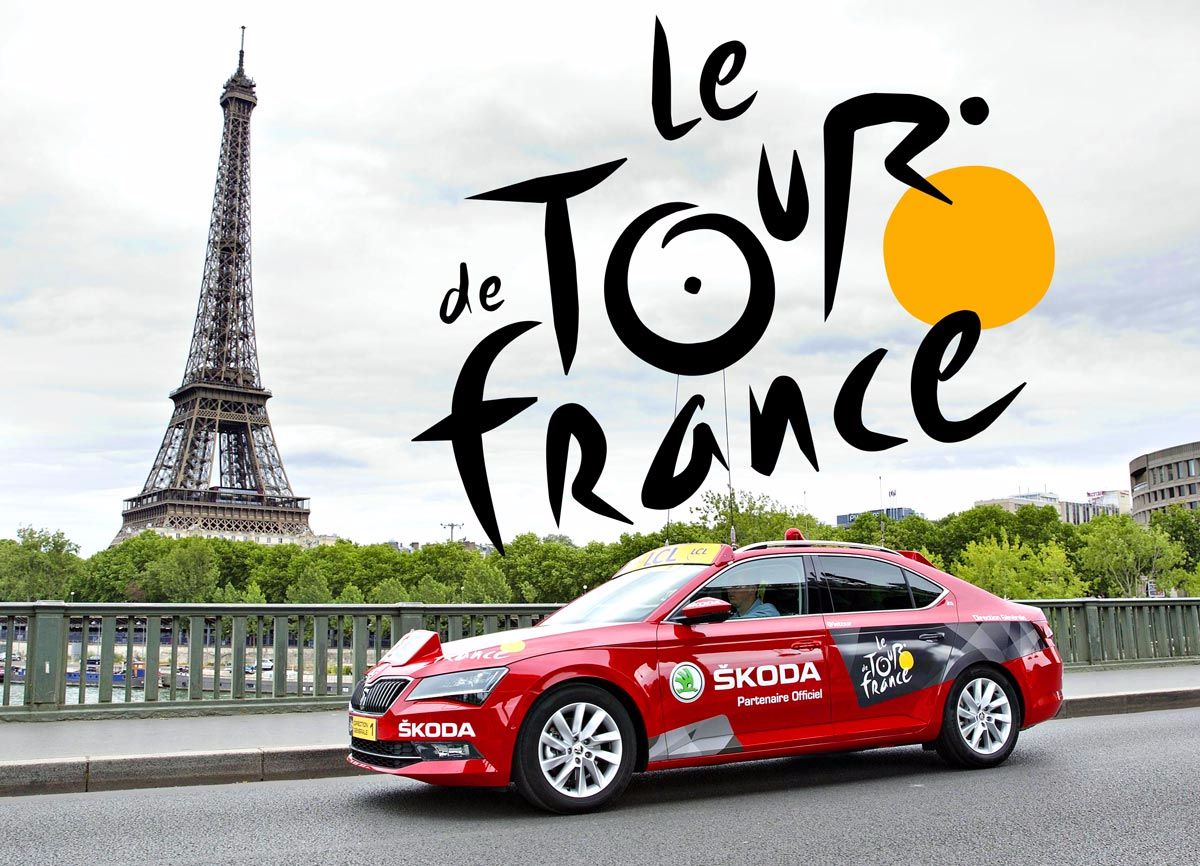 ​ŠKODA has been the official partner and official vehicle partner of the Tour de France since 2004, and will be supporting the event this year for the thirteenth time. The brand’s top model – the ŠKODA SUPERB – will be accompanying the Tour riders on their way to Paris, leading the field as the ‘Red Car’. ŠKODA is sending 250 vehicles to the most famous cycling race in the world. In addition, ŠKODA is once again the sponsor of the Green Jersey for the best sprinter.

“Cycling is of particular significance to ŠKODA: Laurin and Klement, the founders of the brand, began with the construction of bicycles 121 years ago,” explains Werner Eichhorn, ŠKODA Board Member for Sales and Marketing. “The Tour de France is the highlight of our cycling sponsorship. We are delighted to be supporting this event for the thirteenth year with our fleet of vehicles, and we are looking forward to an exciting course of the Tour de France.”

When cycling fans from all round the world are watching France in July, ŠKODA will once again be at the very front. The traditional Czech brand will be supporting the Tour de France this year as the official sponsor for the thirteenth time in a row. At the same time, the carmaker will be the official vehicle partner, providing a total of 250 cars as organizational and support vehicles for the Tour de France. The Czech company is also sponsoring the Green Jersey for the best sprinter for the second time. Between 2004 and 2014, ŠKODA was the partner of the White Jersey for the best young rider.

The ŠKODA fleet has been at the heart of ŠKODA’s activities at the Tour de France for many years. The main attraction is the ŠKODA SUPERB. The brand’s flagship will be leading the field of participants as the ‘Red Car’. Appropriately, the SUPERB saloon will be presented in striking ‘Corrida Red’. In addition, the car features a panoramic glass roof, which can be opened at the click of a button from the second row of seats, allowing Tour Director Christian Prudhomme to stand up in the back. This gives him an optimal view of the peloton before approving the start of each stage. In addition, the SUPERB has numerous technical features in order to perform optimally as a mobile control centre for the Tour de France. The saloon offers several radio channels, over which the Tour Director can gather information and issue sports or safety-related instructions.

During its three-week service, the 250-vehicle ŠKODA fleet will cover around 2.8 million kilometres. Since 2004, the total distance travelled during the Tour de France adds up to over 30 million kilometres. The fleet does not only consist of vehicles; ŠKODA’s Service Team will be working behind the scenes to ensure the 250 models are in perfect condition every day for the forthcoming stage.

After the FIFA World Cup and the Olympic Games, the Tour de France is the world's third largest sporting event. The 103rd Tour de France will take the riders over 3 519 kilometres in 21 stages this year. The Grand Départ takes place on 2 July at Mont-Saint-Michel. The riders will reach the Champs-Elysées finish line on 24 July.

In true Tour-de-France spirit, ŠKODA launches their ‘Meet the Vélo Family’ campaign. The idea behind this: Cycling is the most widely used and popular mode of travel in the world – two to four billion people regularly get on their bikes. Bicycle fans share this passion with like-minded people around the world. ŠKODA has also shared this passion since the founding days of the company: The history of the traditional Czech brand began with the construction of bicycles. As in any family, there are different roles in the ŠKODA Vélo Family. There is a cycling fan for each of the 21 characters – including the beginner, the tourist, the climber and the sprinter.

The ŠKODA Vélo Family’s home can be found at WeLoveCycling.com where visitors can read exciting stories from people around the world who share their passion for cycling. On the website, there are also funny emojis and GIFs by ŠKODA – “ŠKODAJIS” – and a raffle with fantastic prizes. Fans can also find out which member of the ŠKODA Vélo Family they are in an interactive quiz.

Cycling is a cornerstone of ŠKODA’s sponsorship strategy. In addition to the Tour de France and the Tour of Spain ('Vuelta'), the automaker supports several other international cycling events, and numerous national and international grassroots cycling events. ŠKODA’s extended product range includes bicycles and related accessories.