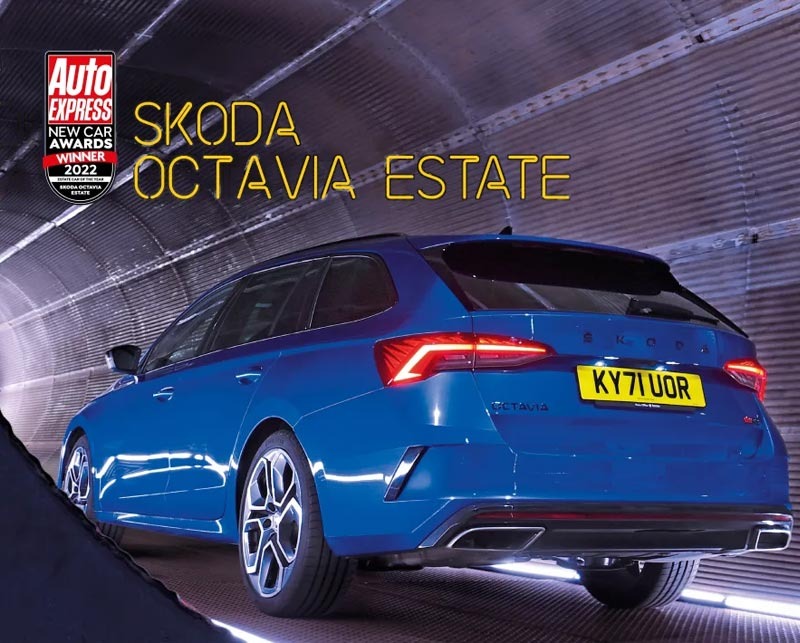 The ŠKODA OCTAVIA and KODIAQ have added to their impressive haul of Auto Express Awards silverware by proving unbeatable in their respective categories once again. For the OCTAVIA, the 2022 win marks a fifth straight victory for the Czech-built car and the third in a row for the current fourth-generation model.

The OCTAVIA was named Estate Car of the Year, continuing a run that started when the previous generation model took top honours in 2018. The judging panel once again recognised the OCTAVIA’s exceptional practicality, value and driving experience.

Explaining why the OCTAVIA won, Steve Fowler, Editor in Chief said: “As you’d expect, the Czech machine has unrivalled carrying capacity, with a well-shaped load area that offers 640 litres of space. Factor in ŠKODA’s famed value and reliability, and it’s easy to see why the OCTAVIA is head and shoulders above its rivals in the space race.”

Another ŠKODA recording a repeat Auto Express Awards victory was the KODIAQ which was named Best Large SUV for the third time, having won the same category in 2017 and 2018. The Auto Express judging panel were impressed by the updated model that joined the ŠKODA range late last year.

“ŠKODA’s handsome seven-seater has ranked right towards the top of the class ever since its release six years ago, but subtle upgrades this time around have been enough to see it regain the honours.” commented Steve Fowler, adding: “Few cars in the segment can compete with the KODIAQ’s all-round level of comfort, practicality and convenience.”

The OCTAVIA and KODIAQ are two of ŠKODA’s most decorated models, having won more than 30 industry awards since the current versions were launched. These include Auto Express Car of the Year in 2020 for the OCTAVIA.