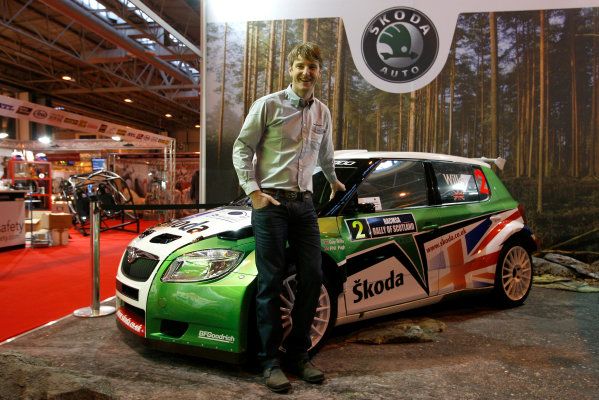 Guy Wilks is aiming to give Škoda three reasons to be very cheerful on this year’s RACMSA Rally of Scotland (15-17 October). Adding to Škoda already being crowned 2010 Intercontinental Rally Challenge Manufacturers’ Champion, the Škoda UK Motorsport driver hopes to defend his title by celebrating back-to-back Rally of Scotland wins, while Škoda Motorsport factory driver Juho Hänninen will become IRC Drivers’ Champion on his first rally in Scotland, as he arrives with an unassailable lead in the series.

Driving a Škoda Fabia S2000 for the first time, Guy, together with co-driver Phil Pugh, won Rally of Scotland last year in sensational style, and that victory led to the formation of the Škoda UK Motorsport team and a programme in this year’s IRC.

This year’s Rally of Scotland takes place a month earlier than last year’s event, so the event organisers hope that the weather will be better than the torrential rain that made conditions exceptionally wet and muddy 11 months ago. Come rain or shine, the undulating forest roads of Perthshire and Stirling are regarded as some of the best in international rallying, with fast and flowing high speed sections, blind crests and technical parts meandering through the stunning Scottish scenery. You can find out more about SkodaUK Motorsport by visiting: http://www.skodamotorsportuk.com/