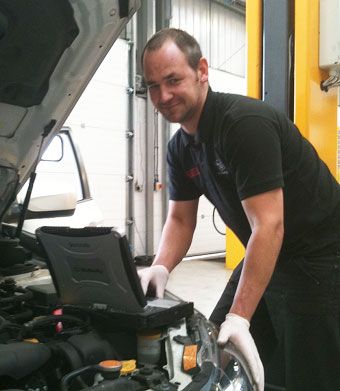 Our very own Subaru technician, Chris Harrison, was recently announced as one of six finalists to make their way through to the UK finishing stages of Subaru’s, ‘’World Technician Competition’. The final held on Thursday 8th September at Subaru’s Coleshil head office, was reached following some difficult and challenging qualifying tests. If Chris wins the UK final, he will then enter the World final in Japan held on 10th November 2011.

Chris has spent many years working within the motortrade having joined Derek Slack Motors in February 2011.  Since that time, he’s become a key member of our dedicated Subaru and Isuzu after-sales team. Reaching the UK final is testimony to the hard work and effort Chris has put into his role at the dealership and we all wish him every success in the UK final.